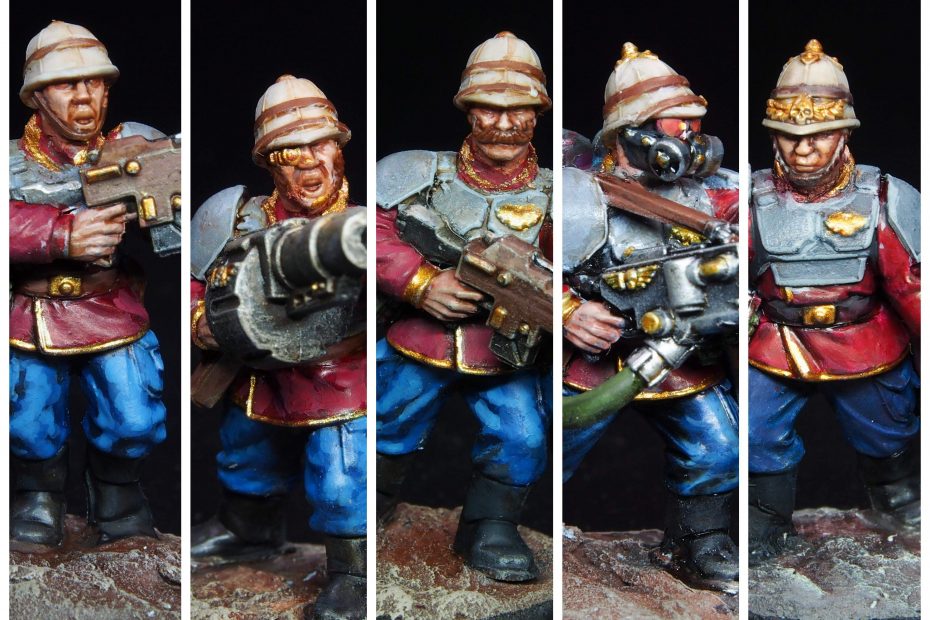 I recently started a kitbash Imperial Guard. Inspired by the now out of production Praetorian Guard but with the constraints that it had to be cheap and require the minimum of work to achieve. Here’s how I’m doing it.

Many years ago when I previously dabbled in the hobby, I had an Imperial Guard Army. Skip ahead 25+ years and the Guard is now the Astra Militarum. Entire Regiments have been added and removed. Imagine my upset when I learned of the Praetorian guard. Then within moments I learned this cool regiment was also no more!

I went to eBay to see how much these minis sell for and was horrified. So I decided to do something about it. Here’s how the Fauxtorian Guard (AKA Draik’s Marauder’s) were born.

I watch a lot of the likes of Pete the Wargamer on YouTube. I also follow many accounts like @Ironclad on Instagram. These influences made me realise that with 3rd party bits from companies like Anvil Industry or Victoria Miniatures, and some creative thinking, you can achieve a lot with a little patience and a sharp craft knife.

There is not much to explain here other than how easy it has proven to be. Some patience on eBay, some tactical bits purchases, and lots of scrubbing, cutting, filling and gluing.

Having painted up my first squads to get a flavour I can’t want to flesh out the Army to 500+ points. For significantly less than the cost of an out of the box Cadian army I’m building out an army with a distinct style that is my own. That is really exciting.

It’s also making me start to think more out of the box in terms of kitbashing and expanding the force.