A Manifesto for Fun 40k 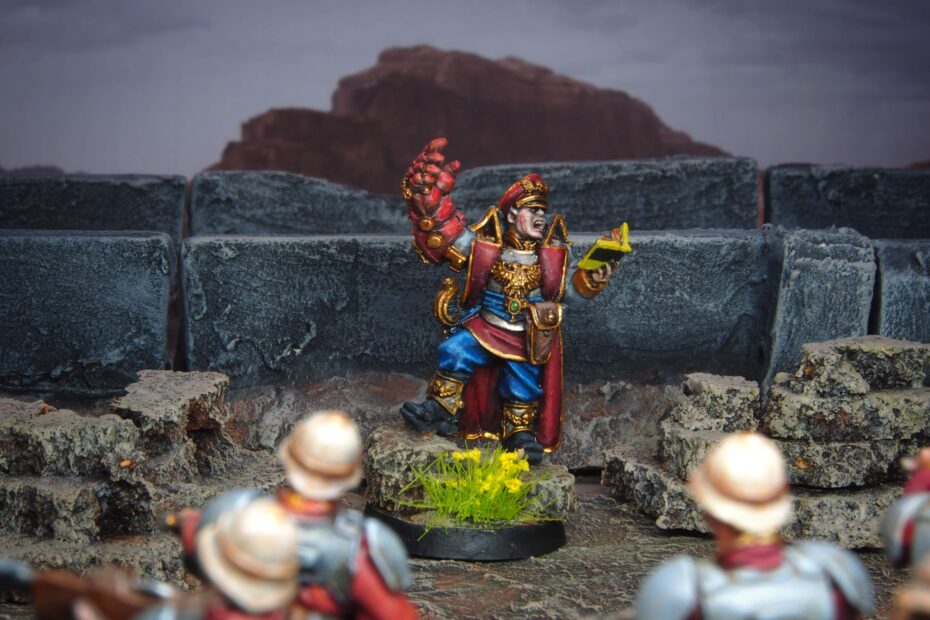 Playing 40k can be so rewarding, when it goes right. But at times it can feel like a grind. If you spend any time on the internet, you’ll find 40k and its rules, releases, and meta discussed with a mixture of adoration and vitriol. Talk of codex creep, rules lawyers, try hards, and cheats. These are just some things people like to blame – but I think the real issues (when they arise) are often quite simple.

How do you balance competition and fun in an ever changing landscape? This is my manifesto for competing without losers. Fun, without feel bads.

Players enter a game to have fun. They often won’t agree on what “fun” looks like. They don’t discuss this beforehand. Feel bad moments happen as a result.

People sink a lot of time and money and energy into their armies. So it’s more than just ego or a dice game. Understanding why you play, and why they play (before a game starts) can really help avoid some of those clashes of style.

Here are some general personas for 40k players I commonly meet:

Sometimes, the issue is simple. The person you are playing might be a fun sponge.

An individual who exists to consume all fun in the game for themselves. They treat fun as a finite resource.

Only one person can be enjoying themselves at any given moment.

These people may be beyond help. But hopefully with some improved communication and by demonstrating better values and behaviours you can help them find a better way to play.

I have a two rule policy. They get one game to be crap opponent. If they do it a second game in a row, I will avoid playing them unless I “have to.”

If you get the same result 2-3 games on the trot with them. Shame on you. Play someone else! You are allowed to stop playing people who don’t get this. I give you permission.

So, with that out of the way. Here are my rules to making your games of 40k more fun.

Rule the First: Agree on Why you are playing

Competitive 40k and Club 40k can very different beasts. It also varies from group to group.

Their answers and yours may be along these lines:

It’s important to actually have this conversation up front. If you see them acting at odds to what they expressed before the game, that’s an easier conversation to have, rather than, “When I said fun game, I meant something else.”

Rule the Second: Embrace the Story

Every game I play begins with agreeing on a back story. We address the key question. Why are these two factions fighting?

In some cases it’s obvious, Orks are being Orks and in need of some Krumpin’. Other cases, like why Ad Mech and Guard are in a fight, might need a little more explanation. You can see some examples from my recent Battle Reports.

Once a general scenario for a cause of conflict is agreed, then the mission scenario can be used to add further detail. Whether that’s Chapter Approved mission descriptions or Tempest of War cards. It’s a sweep and clear, we’re both looking for or protecting some key artefact.

Finally the attacker / defender rolls, and first turn cement it.

Now all you need to do is fight with some attempt to get secondaries and primaries where they fit.

From here on out the game can become about channelling your characters and warlord.

Once you set their orders and direct their actions, the dice will then decide how it plays out. The dice tell the story for you while you role play the decisions.

Rule the Third: Celebrate the Chaos

Celebrate every successful roll. No matter who rolls it. Never complain about a save roll that thwarts you. Better to congratulate them on a great roll and share in their moment of victory.

People often overlook the positives. They fall into a confirmation bias, only seeing the events that fit their view. They think they luck is bad, so they subconsciously fail to acknowledge all the good rolls.

We play a dice game. Ultimately the luck averages out. Always try to remember that. But in the moments where the law of averages deserts you – let the dice do their thing and shape the narrative.

Throughout the game, try to remember your key goal should be to make sure both players are having fun.

Encourage any player who’s in a bad place to pause. Ask them to talk you through their plan for this turn.

Help them take back initiative and set realistic goals that fit the reality of the now. Talk through your current thinking as you play your turns through. Help them make informed decisions and retake control.

Even if the end result is still bad I ask three key questions at the end of any game:

You learn more from a loss. So make sure both players get something positive from the outcome of the game. Even if that’s just more insight.

Rule the Fifth: Play something other than GT Missions

Tempest of War is now a thing. It’s the perfect way to play “competitive” 40k without the pressure of GT.

Each turn becomes about what do I do now. Rather than, how is my game plan going. Without being able to build a list around very specific objectives. You can give yourself some slack if things aren’t going exactly as you want.

Each game is unique. There is no baseline to worry about. You only ever need to think about what do I need to do now. It is liberating.

Until you’ve broken that mindset of grinding lists to get 100, step 1 is to stop playing Chapter Approved GT missions. Once you stop caring about the perfect game and executing a complex game plan, and are willing to just go where the game leads you, you’ll be much happier. Win or Lose.

You can also play Open War and Crusade and all kinds of other things. But to do this, you first need to discover why you play. Only then can you be free of the GT grind.